Former Arsenal midfielder-turned-pundit Stewart Robson is notoriously critical of Gunners boss Arsene Wenger after he decided to keep hold of Alexis Sanchez against his wishes. The Chile international was expected to be on his way to Manchester City on transfer deadline day, but the Gunners' inability to find a replacement pulled the plug on the proposed deal.

Merseyside and north London are far from each other but anytime Liverpool and Arsenal meet, memorable things happen. The Reds would not forget what some Gunners’ forwards did, in the last decade and half. Thierry Henry is the obvious one but Andrei Arshavin is another.

For the past 4 years, MesutOzil has been the most expensive signing of Arsenal as the German midfielder joined Arsenal back on September of 2013 for a fee of £42.5 million.

However, there is another player who has recently joined the English Premier League club that has a bigger price tag than MesutOzil.

Despite Russia failing to advance to the knockouts of the Confederations Cup which is taking place on their home turf, Stanislav Cherchesov, who is in charge of the team, reckons that they have made a massive stride in terms of quality since the early elimination from the Euros.

Early elimination from the competitions is something that Russia is used to because it’s been the case with them too often in the last few years.

Apart from French legend Thierry Henry, Arsenal has hardly had a striker that could be referred to as world class or at least one capable of giving them a consistent number of goals to help keep them afloat at the higher end of the EPL log or at worse compete for English football’s most coveted trophy.

Over the years players have come and gone, most pretenders and some even if they showed promise failed to reproduce on a consistent basis; A perfect example being Andrei Arshavin.

The 36 year old Russian attacker of FC Kairat, AndreyArshavin hinted out the possibility and expressed his views concerning Arsenal´s current situation with Arsene Wenger who was recently awarded with a contract extension until 2019. 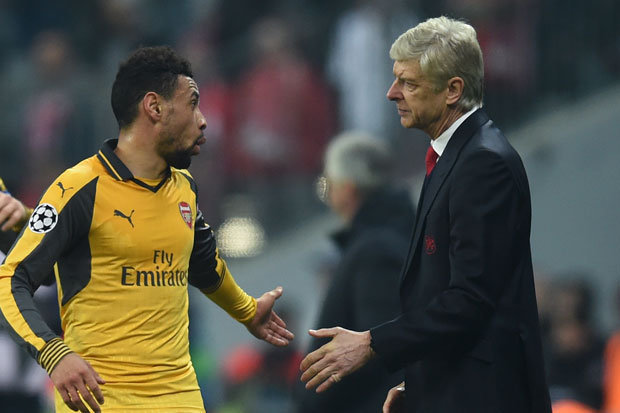 2016-17 is the latest season of the Premier League and it concluded with Arsenal in the 5th spot which is significantly worse than their previous campaign where they finished in the 2nd position as Arsenal could not stop Leicester City who emerged as the champions of England during that season.

Arsenal defeated Southampton on Wednesday 2-0 as they maintain their focus on a top four finish this season.

Alexis Sanchez combined with Olivier Giroud to deliver second half goals that wrecked the Saints in their own backyard.

Former Arsenal star Andrei Arshavin says that the conservative approach of the gunners has been one of the primary factors behind the club unable to win the Premier League title for more than a decade. Since winning the league title in the 2003-04 season, Arsenal have been able to lift only two FA Cup trophies. Even with regard to these two FA Cup medals, the club had to wait a long time. Andrei Arshavin was one of the club’s record purchases back in 2009 when he arrived for just £ 15 million. This figure was comfortably overcome by the likes of Chelsea and Manchester United back then.

As leagues take a break due to the international window, we look at players who were better for their national teams than in an Arsenal jersey. Arsenal would have a long list of such players but in recent years, some players would surely make any list.

Alexei Smertin is going to head the committee of the Russian Federation which will work towards the complete abolition of racism in the game.

Smertin served the Red Army with distinction and is well respected as a player, but, in this case, he is definitely an interesting and an eyebrow-raising choice
That’s because Smertin is someone who has denied in the past that the racist incidents even happen in his country and has slammed the journalists from outside for highlighting this issue just to ruin Russia’s image.
Subscribe to